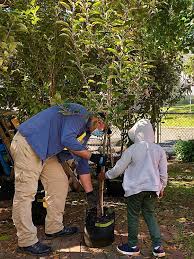 Founded 1895 The authentication of facts without records is difficult when records have been lost or destroyed; as well as with the passage of each generation accurate interpretation is further removed. The following facts were obtained from manuscripts submitted by parties who were associated with the founders and others who played an important part in the founding of the Church.


A little group of farmers in Wyola, near Newtown Square, met from house to house for devotional service. Then, Rev. William J. Oliver, who had just been called to the ministry, came into their midst and began holding service in a blacksmith shop. This shop soon became undesirable for service and the Reverend Oliver became ambitious for a large and better place in which to worship. As nearly as can be calculated, the establishment date was October 10, 1895. Through the joint efforts of Rev. Oliver and Matthew Shippen they set out to work out a suitable place in Ardmore to worship. A little mission was erected. Sisters Sarah Oliver, Martha Shippen, Martha Weldon and Rhoda Weldon were instrumental in the founding and growing of this Mission.

During the pastoral charge of Rev. C. W. Stewart (1915-1920), the Mission moved from the back end of Sheldon Lane to another building on Walnut Avenue. Rev. Mahlon M. Lewis, who served Bethel from 1932-1936 assisted in the completion of the building of Bethel on Walnut Avenue, which would be church’s home until February 18, 1973. The darkest day in the history of Bethel was February 18, 1973, while worshipping at the 10:00am service, Bethel was completely destroyed by fire, the origin of which was never determined. Rev. Donald L. Tucker, pastor at the time, would lead Bethel in the building of a bigger and more beautiful edifice, which was dedicated in April, 1976.  Bethel has been blessed to be the beneficiary of the Adell and Azell Robinson Scholarship Fund, which has provided over $250,000 in scholarships to young people, home of the celebrated Bethel Academy enrichment program, forefront of community activities and progress and most recently launched a community garden, a first in its immediate area. In 2018, Bethel was honored to host for the first time on the Main Line the Philadelphia Annual Conference.  Bethel in the years leading to the present, has continued a tradition of service to God, community and humanity. With each pastoral administration, growth has been experienced and opportunities for continuing to forge and  build a foundation for future generations. Bethel has been blessed to be served by thirty-two pastors who have worked together with the laity to build the kingdom of God.

Thank you! Your submission has been received!
Oops! Something went wrong while submitting the form
Visit Them

donate now
BACK TO ARCHIVE
Thank you! Your submission has been received!
Oops! Something went wrong while submitting the form