Heads up! Our Site is currently under Construction.

MCCP feature in the Philadelphia Inquirer

On a February morning, in a courtroom armored with Plexiglas shields meant to stem the spread of virus, Philadelphia prosecutors offered updates on hundreds of cases that lawyers said challenge basic ideas about how justice is served.

On the one hand, the victims — small business owners and big corporate chains alike — had sustained millions of dollars in damage during last year’s uprisings against police brutality. On the other, the accused perpetrators were so impoverished virtually all qualified for public defenders, meaning they’d likely never be able to pay restitution.

So, the district attorney’s charging unit supervisor, Lyandra Retacco, was sorting cases into two piles: She requested preliminary hearing dates for prosecution on charges like blowing up ATMs or committing the sort of premeditated burglary that involves renting a U-Haul. For about 80% of the cases, she said, the DA would be offering a program called Civil Unrest Restorative Response, which lawyers on both sides hope will make the community whole — while avoiding prosecution for more than 500 people, a majority of whom had no prior arrests.

District Attorney Larry Krasner said a creative response was warranted given the unique motivation of the crimes: “an outcry” during a historic moment of protest against the police killing of George Floyd.

“The plan simply put is to have accountability without the necessity for convictions,” he said. “The plan is to make sure that as best we can the defendants and the defense satisfy their obligations to the people they harmed, which includes some small business owners, many of them business owners of color. The plan is also not to repeat the mistakes of the past.”

Those mistakes, he said, include failing victims on restitution and embroiling too many poor people in the justice system.

Defense attorney Troy Wilson, an Up Against the Law member, said he was “tired and angry” after years of watching poor, marginalized people get dragged ever deeper into the legal system. “Let’s come up with a system that’s never been done before. We can take the cases back in some respect to the community so the community can itself resolve some of these cases through education, mediation, confrontation, reconciliation, and most of all healing.”

"He looked to the Rev. Donna Jones of the Metropolitan Christian Council of Philadelphia, who runs a growing, neighborhood-based restorative-justice network in Philadelphia called the Restorative Cities Initiative. She’ll run restorative-justice education sessions for all participants. Those who opt in will join restorative circles, where defendants, businesspeople, and community members will be able to voice the harm they experienced and what is needed to repair it.

Other components of the plan include needs assessments, referrals to education and job opportunities, and, for those who don’t buy into the restorative-justice model, community-service obligations. For those who complete the program successfully, prosecutors plan to drop charges so their records can be expunged.

Her restorative-justice circles have already been quietly rerouting incidents away from the legal system, she said" according to the Philadelphia Inquirer

In one case, a young man struck his friend in the head with the butt of a gun during a brawl. They agreed to talk through it in a restorative circle with community members and a Philadelphia police community relations officer. “What [the injured man] wanted was a new pair of sneakers, because he got blood on his sneakers, and $50,” Jones said. “The community said they wanted these guys to go to school every day.” They all signed a contract, and the officer warned if they broke it there would be an arrest. “No one broke it,” Jones said. “And no one needed to go to jail.” to a question posed by Attorney Troy H. Wilson (left) outside Holy Apostles & the Mediator Episcopal Church in Philadelphia.

Contribute on my charity work by your donation. 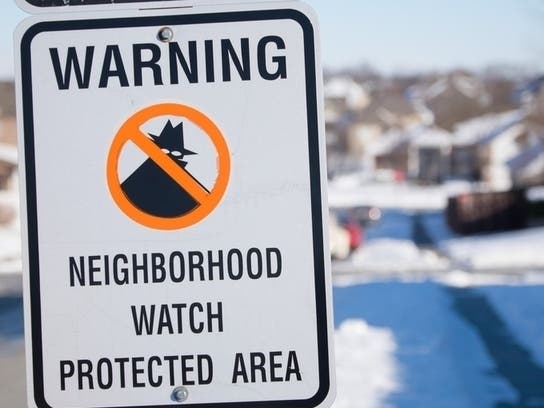 PHILADELPHIA (CBS) — Neighbors in West Philadelphia are frustrated over the gun violence plaguing their streets, and they are banding together to try and fix it. 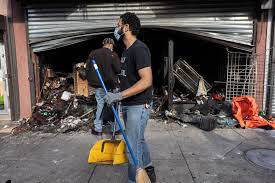